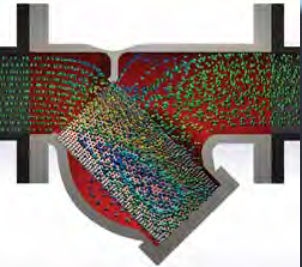 It’s enough to make you get excited about Y-strainers, isn’t it?  Not yet?  Wait.

What is this dynamically cool new product?

Well, it isn’t exactly new. It’s been on the market for a little while now but we find that most engineers we talk to still haven’t heard of it.  This LPD Y-strainer is from Metraflex.  It’s a Y-strainer designed to make the flow take a much straighter line from intake to discharge.  It has a more open internal geometry to allow for smoother flow which results in significantly lower pressure drops.  Significantly lower. 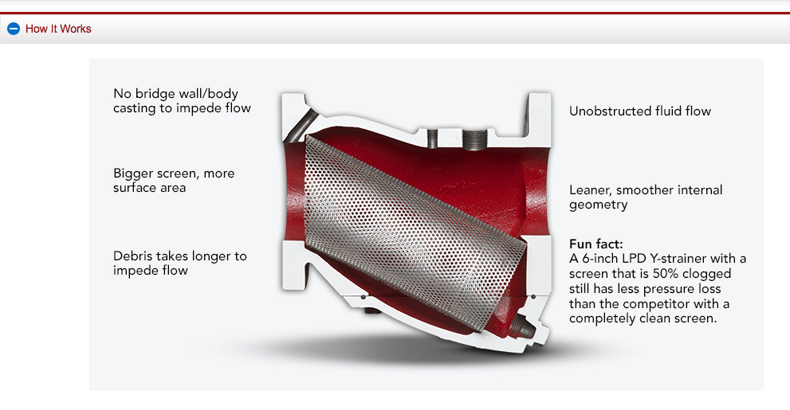 Why does it even matter?

Let’s go back to the beginning when I said that a little change can make a big difference.  Here’s the deal:

After plugging in numbers for pump efficiency, motor efficiency, hours of operation per year along with cost per kWh, the LPD Y Strainer energy savings calculator tells me that we will save $580 per year if we replace the old Y strainer with the new LPD Y strainer.

What else does it do?  It’s not magic, after all.

The internal design allows for a significantly larger screen with more holds allowing better fluid flow.  Additionally, with the larger screen, the same amount of debris trapped by an old LPD Y strainer will cover a much smaller percentage of the new LPD Y strainer screen.  This will mean lower pressure loss.  Additionally, it will mean that the screen needs cleaning less often which saves on labor costs.

When Metraflex compared a 6-inch LPD Y-strainer to the traditional, here’s what happened:

It’s a little hard to write about this product without making it sound like an infomercial.  This Y-strainer is really just that good.  I just wanted engineers to know about it.  I’ll even throw in a free white paper by the Utah Research Laboratory.   They did a flow performance testing of 3”, 4”, 6”, 8” and 10” strainers. Click on the link below for the 25-page white paper.

If you’re just over-the-moon about the Y-strainers you’re currently using, then by all means keep doing so.  However, I really think you ought to learn more about these LPD Y-strainers from Metraflex before you design your next commercial project.

It’s the little things, after all…